Archive for the ‘ SIL ’ Category


Well, here it is.  Sunday.  About twice a month my SIL sees fit to come and visit her mother for an average of about an hour and a half.  NORMALLY she shows up long after the “poop-time-frame”.  Today, however, she miscalculated and appeared before H was off the bedpan.  So, by default, (and CAUSE I SAY SO), the bedpan duty and diapering and dressing of H falls to her.

I was sitting in here doing bloggy stuff and I realized that she was running the water in the tub in the guest bath.

Well, this is odd.

Normally, you just go in and dump the, ahem, contents of the bedpan into the potty and run water in it from the sink and dump again and wipe out whatever… stuck, with a bit of toilet paper.  You also dump the plastic, Folger’s coffee can full of urine from the catheter bag into the potty, fill with water and repeat.  All of this while wearing latex gloves and then following up behind yourself spraying the facet handles and bedpan handles and coffee can handles with spray bleach.  Not to mention the interior of the receptacles.

Well, cuorisity got the better of me when I heard her spraying something over and over and the bathtub running.

Crap, the only thing in there that sprays right now is the spray bleach and last time she used it she ruined the bathmats… somehow, both of them.

So I go in there and she has the toilet brush in one hand and the urine bucket in the other and she is “cleaning” the thing out and dumping the contents into the bathtub. 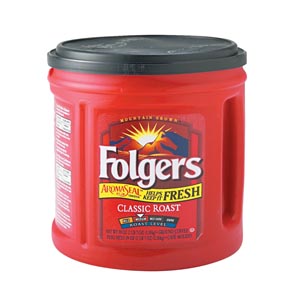 “Millie!  You don’t do that in the bathtub!”

“Oh, I didn’t dump the pee in there!”  As she sticks the toilet brush under the tap.

I just left.  It really doesn’t matter at this point what I say, cause it all has to be cleaned anyway.  People really do bathe in that tub.

Does anyone want to come and visit me? 😉

Who's the turkey now? OK, ham?

I would like to report that on Wednesday, the day before Thanksgiving, my SIL called me and said that she had gotten the ham she had agreed to bring and it was a nice big spiral cut.  She made a point of saying that it was already cooked and mentioned it a couple of times.  Ok, great.  I’ve gotten spiral cut hams before and yes, that’s the way they come.  Cooked.

I guess I wasn’t too worried since I was doing a huge turkey and I was sure there was going to be enough for everyone.

The following morning, Thanksgiving Day, she called to say that she was going to bring it over to my house to heat up.  OK, fine.  She then told me that she was going over to her ex-husbands house for a meal at noon with her kids since we were going to eat in the evening when John got home.  I told her to be sure and bring a pan to heat the ham in since all my sheet cake pans were being used for cakes and casseroles and what not.  She said she’d buy one and I told her not to bother, I’d wash it, just use a pan from her house.  She told me that she doesn’t own a sheet cake pan, or any other pan other than a skillet and pot.

It gets better.  I asked her what time she was coming over and she indicated not until shortly before we were going to eat.  I told her the ham would have to heat for longer than that and asked her to read the directions on it.  She insisted that the ham only needed about 20 minutes to heat and went over to it and told me it was 10 lbs, would only require about 20 minutes to heat.

I said “Millie, read the directions to me.”

“That’s two and a half hours, Millie.”

She said she’d take care of it and I assumed she was going to heat it at her ex-husband’s house, at least partially.  No.  She showed up with a cold ham and we hacked off a bunch of slices, put them in the microwave with a little bit of water and heated them up.  It worked out fine, but, man! how could anyone grow to be 55 years old and know so little about something so simple?

And the question of the day is, what made her so sure it only took 20 minutes to heat the ten pound ham?