Archive for the ‘ Cecilia ’ Category

HalfAsstic-Where necessary appliances, (the ones you can't live without), come to die.

Well, Henrietta is sitting quietly in her wheelchair in her room. I say quietly because she isn’t crying or yelling for Gilbert to come in there or ringing the *=$#@&! bell for service.  I brought her in the dining room earlier and rolled the table to one side so I could roll her chair right up to the window and she could see the cardinals and blue jays and squirrels fighting for the food I put out on the feeder in front of the window. She greatly enjoyed this and I thought she might stay here for a while.

She started rolling out of the room and down the hall in just a few minutes.  Oh well. It was a thought. It just seems to me the more she stays in there the worse her mind gets.

We may need an exorcism.

I started to name this post, “Tragedy has struck” or something like that, but thought with John’s health problems of late that might not be best. Too easy to get the wrong idea before reading the post.

However, there has been a tragedy of another sort.

Remember Cecilia? Well, I was able to “fix” her. We won’t go into what I found out was the problem and how disgusting and embarrassing it was to admit. (NASTY BLACK…. GUNK. GROWING, reproducing… pooping, and doing all sorts of nasty things in the water reservoir.  I think I heard it laugh at me when I shined a light down in that black tank to see what it looked like. It had it’s own IQ, people.)

Well, I am just not down with that. The only place I am content to grow hairy things that are perfectly capable of turning into monsters that could overthrow the household is in the vegetable crisper. There’s plenty of light in the fridge and I am at lest aware of how bad it’s getting and can warn people not to even open that drawer.

I think I am getting off track here. I was reminding you all of Cecilia so that you can appreciate how totally in mourning I am when I tell you that the EXPLETIVE HERE, dishwasher won’t wash. I mean, it will wash, but only with fairly cold water. Not nearly hot enough to say, remove grease. Or sanitize. And there is no heat to dry the dishes with either. It sounds to me like the heating element has gone out. Or maybe the thermostat in it is broken. Or, as some smart arse repair person pointed out to me on the phone, it’s an electronic gizmo in the computer brain of it.

I don’t know, but it is a Bosch and supposed to be a superior product dishwasher-wise. This means it costs a fortune to repair. So, until next month when we can afford it, I am washing dishes.

And drinking coffee with my best friend… Cecilia.

Or YOU if you want to come on over, I would love to have you! You don’t have to be scared of Henrietta! Well, not TOO much… 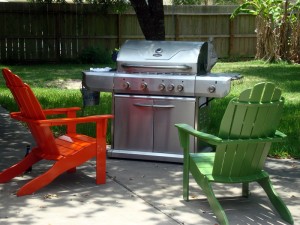 10 Comments
Filed under: Cecilia, Emails, One of those days...
Spam Blocked
59,660 spam blocked by Akismet
Recent Posts
Link to Me…