Archive for the ‘ Poll ’ Category

It’s Father’s Day here at HACK, (HalfAsstic Central Kommand), and John has a post request. Who am I to disobey the king? (For ONE freakin’ day!)

I have a pair of shoes that were given to me by someone near and dear to my heart. They are hand-me-downs that the other lady couldn’t wear because of her bunion.

I took the shoes from her like the nice, appreciative person I am and yet was a little skeptical about the… age appropriateness. 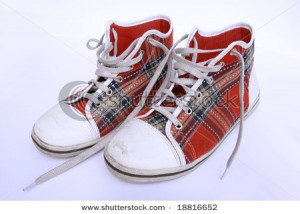 Try… going the other direction. You know. OLDER. 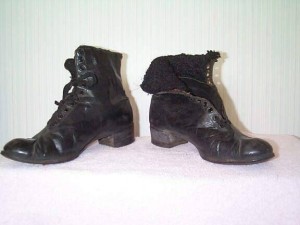 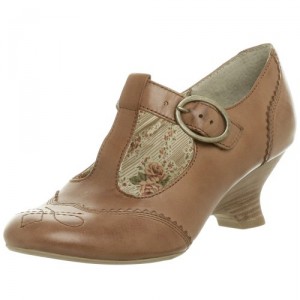 Well, it’s not quite THAT bad. However John thinks so.

I was wearing a pair of black capri’s with a yellow tank and an unbuttoned red eyelet, short-sleeved blouse over it.

Colorful much? Indeed. I don’t usually dress quite that colorfully. I mean, you know, unless it’s Christmas or I want to embarrass the kids something.

Anywho, John tried to DIE when he saw my shoes. Really. Almost literally. He hates them and says they are very old ladyish and NOT cute at all. I have a billiondy pairs of cute, stylish shoes and why am I not wearing ANYTHING else?

We had already left the house and he more than mentioned how much he disliked them several times. He then took me for a spa pedicure and almost moaned when I slid them back on afterward.

He teased me ALL DAY LONG.

While I found his antics comical. I did take his request into consideration and removed them when we got home.

Now, I want your vote. What do you think?

WAY too old ladyish? Or just something that needs to be worn by someone young enough to pull it off? (Clearly, not me.) Heh 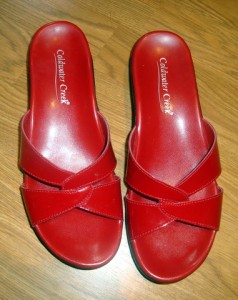 Clearly not up to Kelley’s standards. Yet, are they that bad?