I recieved the Amberen, we went to San Antonio and I'm having a baby!

One of those things isn’t true… I’ll let you attempt to figure it out.

We, as in both of us, went to San Antonio, Texas for a few days and had a freakin’ ball. It was wonnerful.

We arrived at the Drury Plaza Riverwalk on Monday afternoon and immediately walked down to the river where we strolled for a bit and then stopped and had margarita’s at some place or another. 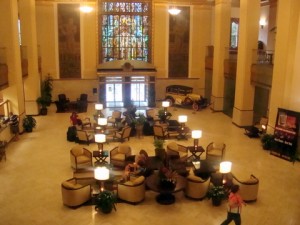 They were… Texas sized. 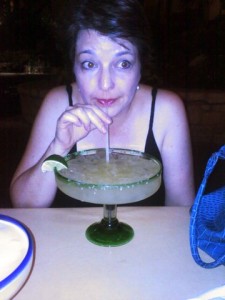 After swimming around in our respective margaritas we returned to the hotel where we were staying on the 20th floor and took a quick swim in the rooftop pool.  Then back to the room to bathe in an ultra awesome two seater jacuzzi bathtub.

The bed was like magic it was so comfortable and no one rang the bell or knocked on the door. All. Night. Long.

If at all possible I was even more excited about the whole vacation the next morning. We lounged around for a little while and then hightailed it downstairs and out to the San Antonio Zoo.

Gotta admit that was a tad depressing at times. There were so many animals that were either pack or herd or family-living animals that were there all by their lonesomes. It was heartbreaking. The Houston Zoo has more than one of just about everything, especially the ones that live in groups like elephants and giraffes, etc.

Against doctor’s advice we both took our phones. However we only talked to the girls once, I think, and that’s just cause the house was on fire and the little pansy-asses wanted help with all the decisions.

OK. That’s not entirely true. I hung up on them when they called so I don’t really know what the problem was. H was alive when we got back and seemed oblivious to the fact that we’d been gone, so I considered it a success.

While I was away having the time of my life, (and I let John come, too), the girls were here taking care of Henrietta and accepting delivery of my… deliverance. This stuff is going to transform my life back to some semblance of normal, people, and I am aaaaall a dither just anticipating it. 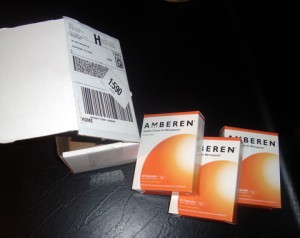 Kessa texted me that it had arrived while we were on a riverwalk boat ride and for a brief second I wanted to jump ship and run home. Er, swim home.  Whatev.

I started taking it the day after I got home and that would be yesterday. I also called the costumer support line to ask if it was OK for me to take it in the evenings instead of after breakfast as suggested in the literature that came with it.  She said it was perfectly alright but some people found it hard to sleep since they would be getting back some of the energy that they had before menopause and it might keep them awake.

Believe me, I won’t suffer from this. Sleep is one thing I do VERY well. *patting self on back*

Aaaaanyway, what do you think? Would having a baby disrupt my sleep much? 😉