There just is no good title for this. I mean what on earth would you call it?

Why do I always feel the need to apologize when I do bullet posts.

Well, I guess you’ll find out. 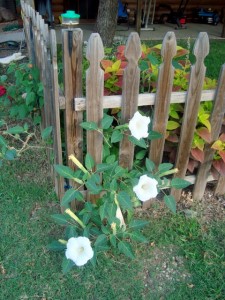 I don’t know what this is called. It is at my aunti-poo’s house and I took a shot of it the last time I was there.  Until someone tells me differently we’ll just call it “Beautiful flower”, m’kay?