Here is my Pop’s sister’s house.  My aunt Holly.  She lives here in Chico, Texas,  not too terribly far from Mither’s and Pop’s house in Decatur.  The population of  Chico was 947, in  the year 2000.  Just think, there could be actually over 1000 people living there, now.  A thriving metropolis.

While we were visiting Holly, she was lamenting some plumbing problems she had been having and fixed herself.  Either Mither or I one, said something to the effect of  “Well, good for you.  No plumber needed…”, or something like that.  Holly responded, “All you need to know about being a plumber is payday is every Friday and shit runs downhill.”.  I don’t think truer words have ever been spoken. 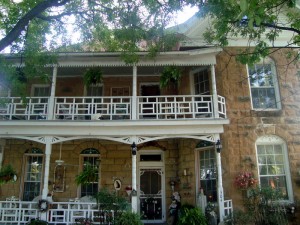 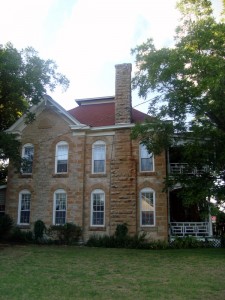 Here it is from one side. 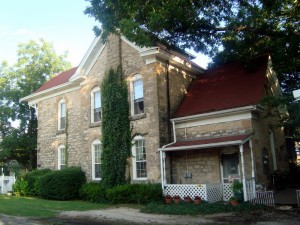 And here it is from the other.  See the ivy on the chimney?  Apparently, when it reaches the top it becomes too heavy to support itself and the whole thing, in one big sheet, will fall away from the house and roll up down at the bottom, where it will be chopped off and thrown away.  Then the thing will start growing again.  This happened three or four years ago and the silly thing has pretty much fully recovered. 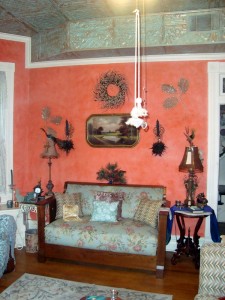 Here are some of my favorite shots from inside the house.  Isn’t that tin ceiling cool? 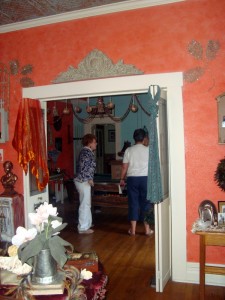 And here is Holly and Mither in the billiards room. 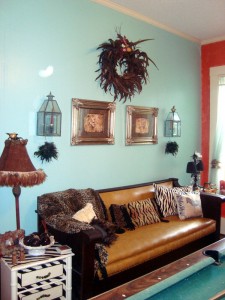 Here’s a wall in the billiards room. 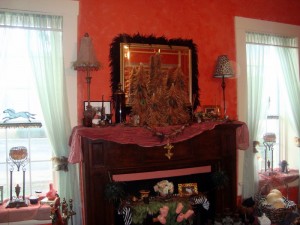 This fireplace is in one of the parlors. 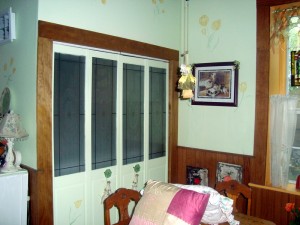 This is in the butler’s pantry. 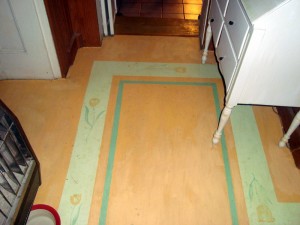 Look how neatly she did the floor in there. 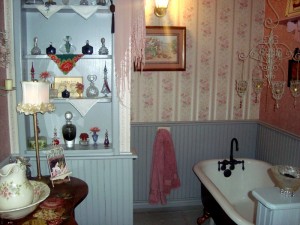 Here we are in the downstairs bath.  There is a potty behind that little wall of shelves. 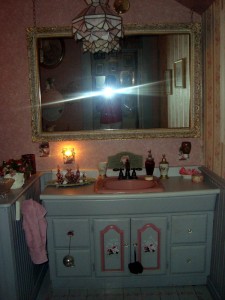 Didn’t she do an outstanding job with the Victorian decorating?  And not just in here, but all over the house! 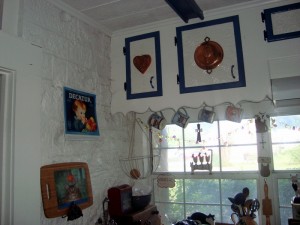 And here we are in her adorable little kitchen.  I never did step back and take a shot of the entire thing.  We were in a hurry and for some reason I kept just getting close ups and areas.  This kitchen was built on and you can see the painted stone in this shot, where it used to be the outside wall.  I think it was probably a porch. 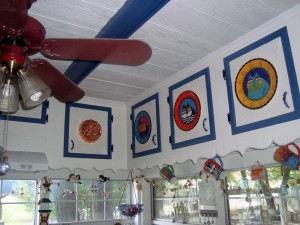 It’s really a small kitchen but it has lots of windows and she’s painted it in fresh bright colors, so it really doesn’t make it feel crowded in there… Unless there are two people at the same time trying to do something. 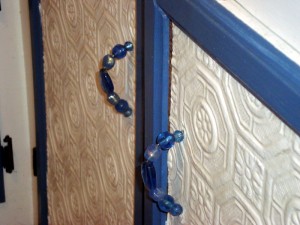 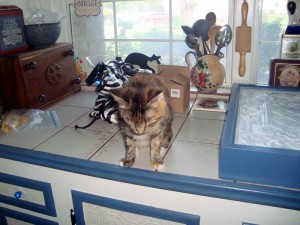 And here we have one of the many counter top culprits that reside with my aunt, trying to look innocent, all the while plotting to destroy something, or attack somebody.  It’s anyone’s guess. 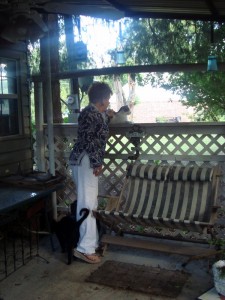 Here we have Holly and some of the outside “innocent bystanders”.   This is part of the back porch. 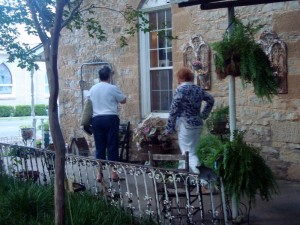 At the other end of the back porch.  I have no idea what they were talking about.  Probably me, my ears were burning. 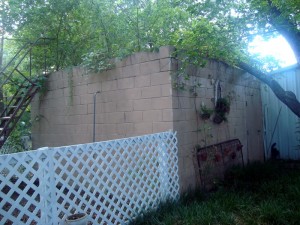 Here’s something kind of strange.  Take a guess at what this is.  Go ahead and try.  It’s out in her back yard and has vines and trees and plants growing all over the top of it.  It’s not a root cellar, either.  It’s a bomb shelter.  Built sometime in the 50’s I’d guess.   How bizarre is that? 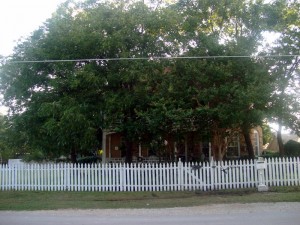 Here’s her house from the street.  You can barely even see it’s there! 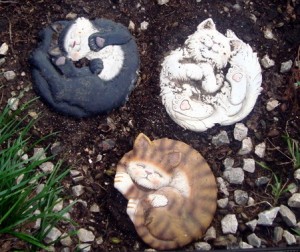 Sorry, I never made it upstairs!  Maybe next time I go to visit Mither I will!

And that’s all from my Aunt Holly’s house in Chico, Texas.   Bye, ya’ll!