More from Mither's and Pop's. Don't be scared…lots of pictures.

The second day we were at my parent’s house we had to go to Greenwood to eat hamburgers at one of the three buildings that make up Downtown Greenwood.  Okay, that’s a bit of an exaggeration.  There is no “downtown”… just Greenwood.  All three buildings of it. 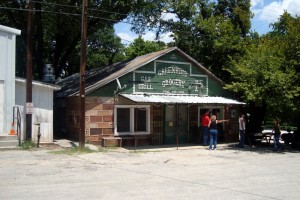 This is the home of the best hamburger in Texas...and that's saying a lot. 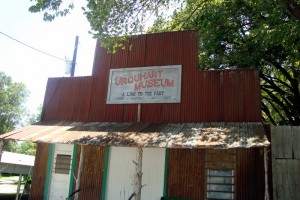 And finally… it’s not a hick town without a volunteer fire department. 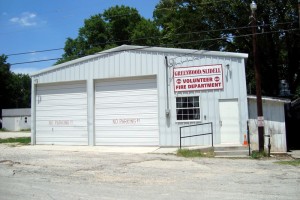 Impressive, no? Greenwood isn't large enough to have it's own fire department so they share with Slidell. They share TWO firetrucks. Or at least they have two garage doors.

The best part of going with the whole gang to Greenwood is that my great nephews and niece got to go too!  Get a load of these cuties! 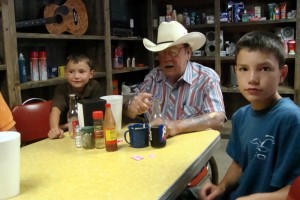 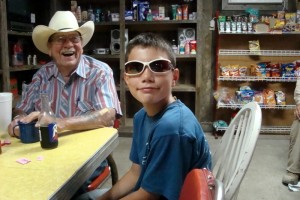 Pop seems to think that Khristian is a hoot when he's sporting Nana's sunglasses. 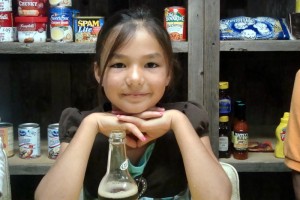 And this beautiful little lady is just as lovely as her brothers are adorable. Her name is Kayler. Isn't she a doll?

Kes and The Boyfriend had a wonderful time as well. 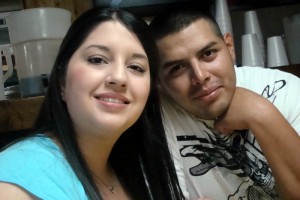 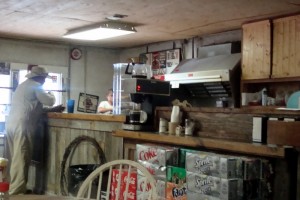 Here's a shot of the counter and gigantic grill behind it. Can you say, "Hole in the Wall"?

Isn’t it funny that these types of places, inevitably have the best food?

So then we all went home, with VERY full tummy’s.  John, Pop and The Boyfriend went down to Grimy Gulch to target shoot.  John brought his S&W 357 with him and TB bought a 45mm Glock  while he was in town.  No telling how many boxes of ammo they went through.  Kes and Kee and I all had fun taking turns.  I am not nearly the shot I used to be.  (I SWEAR that sight is OFF!  I mean I can’t be THAT bad!)  I have pictures of them shooting, but they are on Keelan’s camera so I will have to go all the way upstairs, open the door to the black hole of despair that is her room her room and climb over mountains of shit enter and employ bloodhounds find said camera.

Oh.  I’m sorry.  I seem to have dragged all of you intertoob people into my side of the conversation that I know I could have with Mither.

The girls and TB and Mither and I all were watching TV in the living room when Kes, (who was sitting on the floor, said something like, “Ow… something stung me…” and she was looking at her hand.  She had felt something crawling on her arm or somewhere and flicked it off and when she did it stung the flicking hand.

The flicked item was, apparently, flicked on The Boyfriend.  Who was then stung on the arm.  Then we were all up and the lights came on and we were looking for the scorpion.  There would be no rest until we got the damn thing out. (Meaning dead.)

Finally.  We located and beat hell out of it. 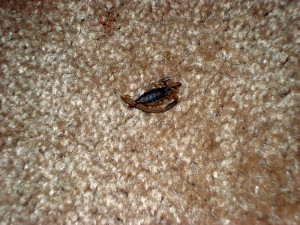 The Boyfriend slept on the couch,because even though there is enough square footage in that place to put a hotel, it is only three bedrooms and John and I got one, Kes and Kee got the other and Mither and Pop, didn’t feel like vacating.

I bet he dreamed of scorpions, cause he was a tad freaked out.  Heh.

Filed under: Cooking, John, Mither and Pop, The Boyfriend, Vacation!