John burned down the house.

Well… not really.  But he could have!  And the important thing is… that that’s the story I’m going with!

It was, after all, John who caught the cabinets on fire.  He did!  NO!  REALLY! 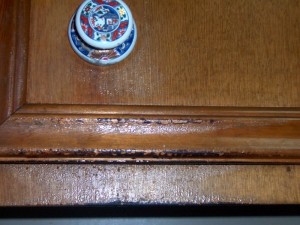 A couple of months ago he decided he was going to make himself a tostada with some left over taco meat we hand and he popped a couple of tostada shells in the little toaster oven we have on the counter top.  I guess he set it to “Incinerate” and walked off.  Well, pretty much immediately the fire was pouring out of the toaster oven and the varnish on the cabinets was aflame. 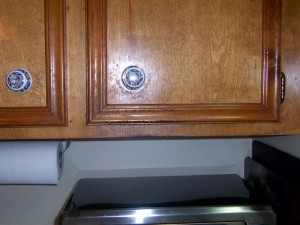 The strange thing is that the only emotion I can come up with is relief that it was him and not me who did it.

I wasn’t around when it happened, but he told me that he threw water on it.  INSIDE THE TOASTER OVEN.  I indicated that it wasn’t the brightest thing he had ever done as he could have electrocuted himself…but, then again he did torch some innocent tostadas…

I explained the theory of using baking soda to extinguish flames from an electrical source. (Assuming he didn’t want to go and get the FIRE EXTINGUISHER from the utility room.)  He informed me that he doesn’t know where in our kitchen the baking soda lives.  I showed him.  I am CERTAIN, within an inch of my life, that he will never need to know the whereabouts of the baking soda.

Unless there’s another fire. 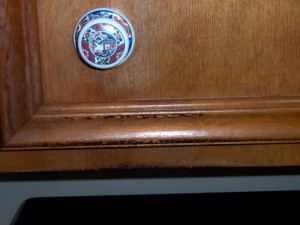