Hello intertubes!  I am back with a quick update!

Nothing too spectacular has happened since the last time I announced the goings on here at the Nut House.  How bouts a quickie update?  Too bad, here it is: 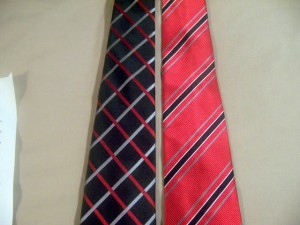 They look a little pink here.  Actually they are dark red. 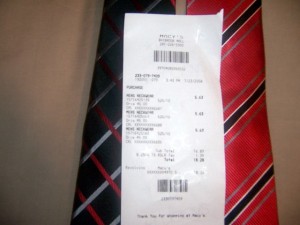 The trick at Macy’s is to find the stuff that’s on sale and take it over to the price checker thing and start scanning anything that you are remotely interested in because they are really good/bad about either mispricing or just not putting correct signage out for the sale products.  And the prices are SO good that I think they are probably just making mistakes when they are pricing, but it works out great for us almost every time we go.  My sweet little miser husband pulled out his dusty, cobweb covered wallet and paid $18.28 for all three.  Good deal!

This is where I got ticked off.

“No.  It supports Vista just fine and has for almost a year now.  It only started running slow just lately.”

She proceeded to tell me that if I ever wanted to get it to run well again I needed to purchase some RAM from her.  Now.  On the phone.  Or forever be delegated to computer hell.

“No one told me it was insufficient to support Vista when I bought it.”  She comes back with a snappy, “Oh, uh, well?”

I told her no thank you we’re not sinking any more money into it because we’re getting an Apple.

That got her off the line.  She was originally calling to sell me another warranty.