I may have mentioned that Keelan’s mare, Dandy, (yes, I know. It’s a weird name for a female anything), was due to deliver any day. Well, THIS IS THAT DAY! I got a call from the barn at about 6:00am and the lady said there was an extra horse in our paddock. Albeit a small one. I ran upstairs to get Keelan up and she has never in her life gotten up and out of bed that fast. We raced to the barn and there was Dandy with this little side kick thing. Usually Dandy runs to the gate to greet us when we go out there. Not this time she just stood there with her baby nickering at us like “Hey! Man, you are not gonna believe what happened to me!”

I am so proud of her. She is being a very good mother and I would like to say that the baby was born yesterday on Mother’s Day, but, she wasn’t. She still had fairly damp spots of blood and….goo on her and the bloody spot on the ground where she was delivered was still very wet . Just a few hours old, tops.

Keelan has been mulling over names for a good long time and she came up with a good one that I really like. Fine. I said “Fine?” Keelan, “Yeah. Fine and Dandy.”

I don’t know if she is going to stick with that or not. She keeps changing her mind and saying it sounds like a ghetto name. I’ve heard much worse at the race track, tho.

Dandy looks a tad on the skinny side and really so does the filly, but, I am told that this is fairly normal for a foal and her mom. They are getting plenty of grain and hay and Dandy seems to have a whole bunch of milk, so it won’t be long until they are both fat.

Now! Here are the latest pics and I bet you can’t guess what on earth I would’ve been taking pictures of… 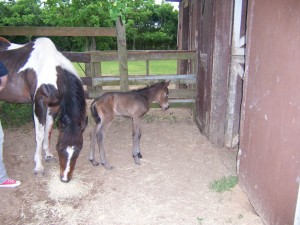 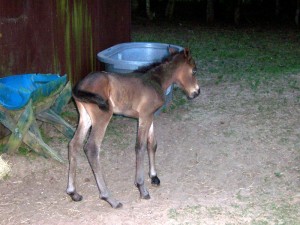 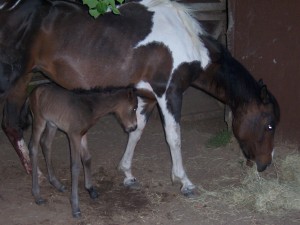 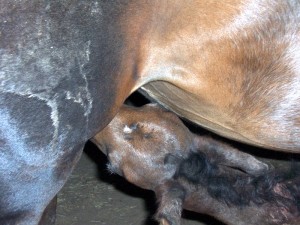 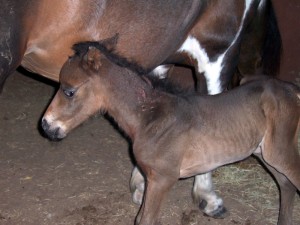 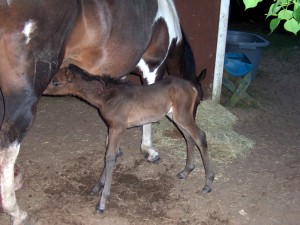 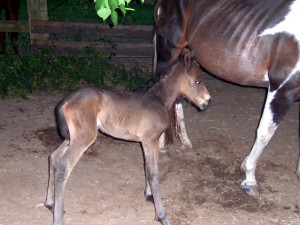